Opening Gates to the City

As published in Fluid Futures?¡ª?a publication by AsiaProperty and Benoy.

The old boundaries between airports and the cities they serve are being eroded by designs reflecting the nature of the destination, while offering a better range of attractions for travellers and non-travellers alike

Increasingly, airports do not just serve cities; they are an organic part of them.

As cities expand to accommodate population increases brought about by urbanisation, they creep closer and closer to airports that were once beyond their outskirts.

Improved public transport is creating better connections to airports. Airport owners are also looking to increase their importance and profitability by appealing to people beyond passengers: shoppers, diners and workers.

But how can an airport be successfully blended with its host city while at the same time maintaining the demarcations that are essentially to their operation and security?

This is one of the key questions facing those working on the expansion of one of the world¡¯s largest airports, Heathrow in London. The airport has appointed an integrated team of architects and engineers to draw up a comprehensive masterplan for Heathrow¡¯s expansion, including new terminal buildings, a third runway and associated commercial buildings, at a potential cost of ¡ê16bn ($21bn).

Benoy has been appointed to devise the commercial strategy and masterplan as an integral part of the expansion, as well as advising on the commercial opportunities within and around the terminal buildings

¡°As cities grow and engulf the airports that serve them, the optimisation of the interface between the airport boundary and the local communities that surround them is becoming increasingly important,¡± says Hakan Agca, associate director at Benoy.

¡°Alongside this interface, increasing the accessibility of all landside activities to the wider community, to the benefit of all stakeholders and user groups, is at the forefront of our thinking in developing the commercial strategy at Heathrow.¡±

Design plays a hugely important part in how the lines between ?¡®landside¡¯ (before security checks) and ?¡®airside¡¯ can be blurred.

¡°Conventionally, the line is quite rigid; a firm demarcation between both, primarily for security reasons,¡± Agca says. ?¡°This leads to passenger habits such as a big percentage of retail spending falling on the airside.

¡°We¡¯re pursuing the potential of spreading the intensity of such commercial uses more equally across both zones and beyond, in otherwise undeveloped areas of the campus, with a view to catering to a variety of prospective users, and in turn increasing the commercial potential across the airport.¡±

Typically, retail is at the centre of airports¡¯ strategies to grab more non-travelling customers, or increase the visiting time for travellers, often in the shape of a roster of luxury retail and gourmet restaurants.

But to have a truly sustainable, integrated role in a city, airports need to go beyond this. ?¡°Commercial activities stand as a key buffer between the airport operations and the city around them; such uses include hotels, offices and logistics, amongst others,¡± Agca says.

¡°We¡¯re exploring the viability of secondary commercial uses as well as those such as research and development, conferencing and light industry, which can act as an additional layer to this transitionary zone, while also diversifying the airport¡¯s property portfolio.¡±

It is not just the major global airports that are looking to expand their footprint in the cities they are part of ¨C in fact, this can be just as important and have just as big an impact at airports in smaller cities.

Pittsburgh International Airport is trialling a system where non-passengers can queue up for a ?¡®myPITpass¡¯, which allows them to access the airport¡¯s shops and restaurants. The scheme has been agreed with the local US Transportation Security Administration.

¡®MyPITpass¡¯ holders must go through the same security checks as passengers and will not receive a pass if they are on the no-fly list. Passes are also only issued if security queues for travellers are not large; improved technology is allowing the monitoring of this.

The airport has also held ?¡®open-nights¡¯ where up to 1,000 members of the local community can come and sample the airport¡¯s shops and restaurants.

Before the 9?11 terrorist attacks, the airport was used by more people each day, because it was then possible to accompany or meet those travelling at their gate; increased security regulations now forbid this.

¡°A lot of people remember when this airport was built 25 years ago, being able to come here on a Friday night for dinner,¡± says Christina Cassotis, chief executive of the Allegheny County Airport Authority, which oversees the airport. ?¡°It¡¯s endearing and genuine. People really like it. This airport is the pride of the community, so why not let people pass through and enjoy it?¡±

Singapore¡¯s Changi Airport is widely-regarded as one of the world¡¯s best, if not the best. Benoy was concept design architect and interior designer of Changi¡¯s 225,000m2 Terminal 4, opened this year. An important part of the brief was that the ?¡°vibrant, fun and positively surprising¡± new terminal ought to demonstrate a Singaporean sense of place, rather than just being placed in Singapore.

Neil Kee, director and head of Benoy¡¯s Dubai studio, formerly divisional director in the Singapore studio, says: ?¡°We had a perfect opportunity to ingrain a real local context and community-engaged design. All our early ideas focused on Singapore¡¯s natural beauty and how to bring this into Terminal 4.

A key part of the design was the introduction of natural light to all phases of the passenger¡¯s journey through the airport, retaining sight of the airport environs and allowing passengers to feel rooted in the city ¨C something fluorescent-light-drenched travellers off a long-haul flight will welcome. Passengers can also see the departing planes as soon as they arrive at the terminal.

Over the past 50 years Singapore has developed as a garden city, adding nearly 100 km2 of parkland; it is so green that city planners often refer to it as ?¡°a city in a garden¡±.

Benoy¡¯s Terminal 4 design integrates this landscape with the airport. Kee says: ?¡°With more than 500,000 plants across the whole terminal, we have made sure the concept is strong throughout the entire journey.¡±

A taste of Singapore¡¯s streets

Visitors to the airport also get to see a Singapore streetscape, with a heritage fa?ade replicating the city¡¯s traditional shop houses and housing some familiar Singaporean retailers and food and beverage outlets.

Passengers get a more 21st Century link to the city in the centralised security area, which features a 75m by 5m ?¡®immersive wall¡¯ showcasing Singapore¡¯s skyline and Changi¡®s connectivity to ASEAN destinations.

Aware that going through security is often the most stressful part of flying, Benoy was keen to ?¡°de-stress this zone¡±, says Kee. A 300m long central galleria ?¡®floats¡¯ above the security area, bringing in natural light and showcasing Petal Clouds, a shifting ?¡°kinetic sculpture¡±.

The best strategy for all airports and the designers that work for them is to bear these changes in mind and look to embrace and capitalise on these trends in the future. 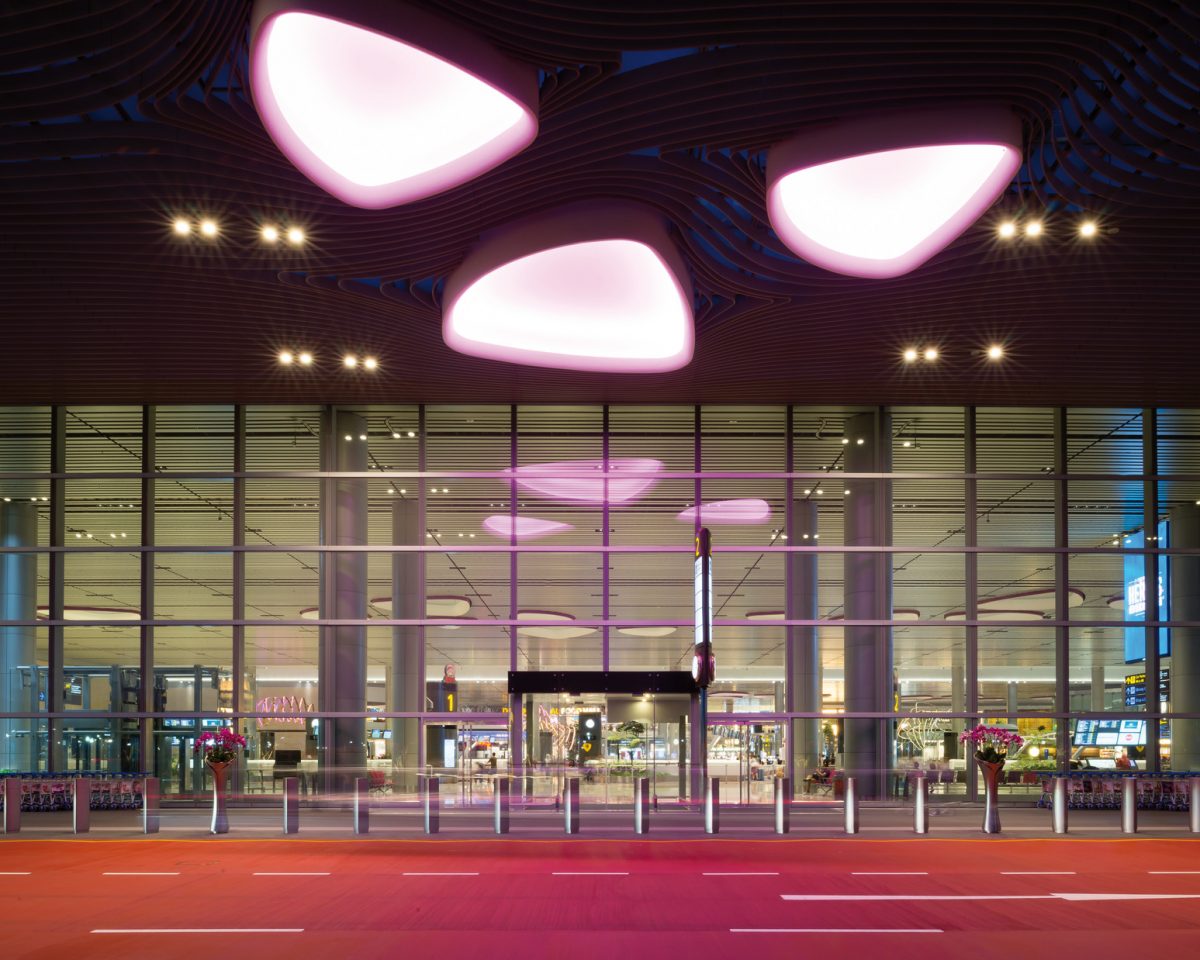 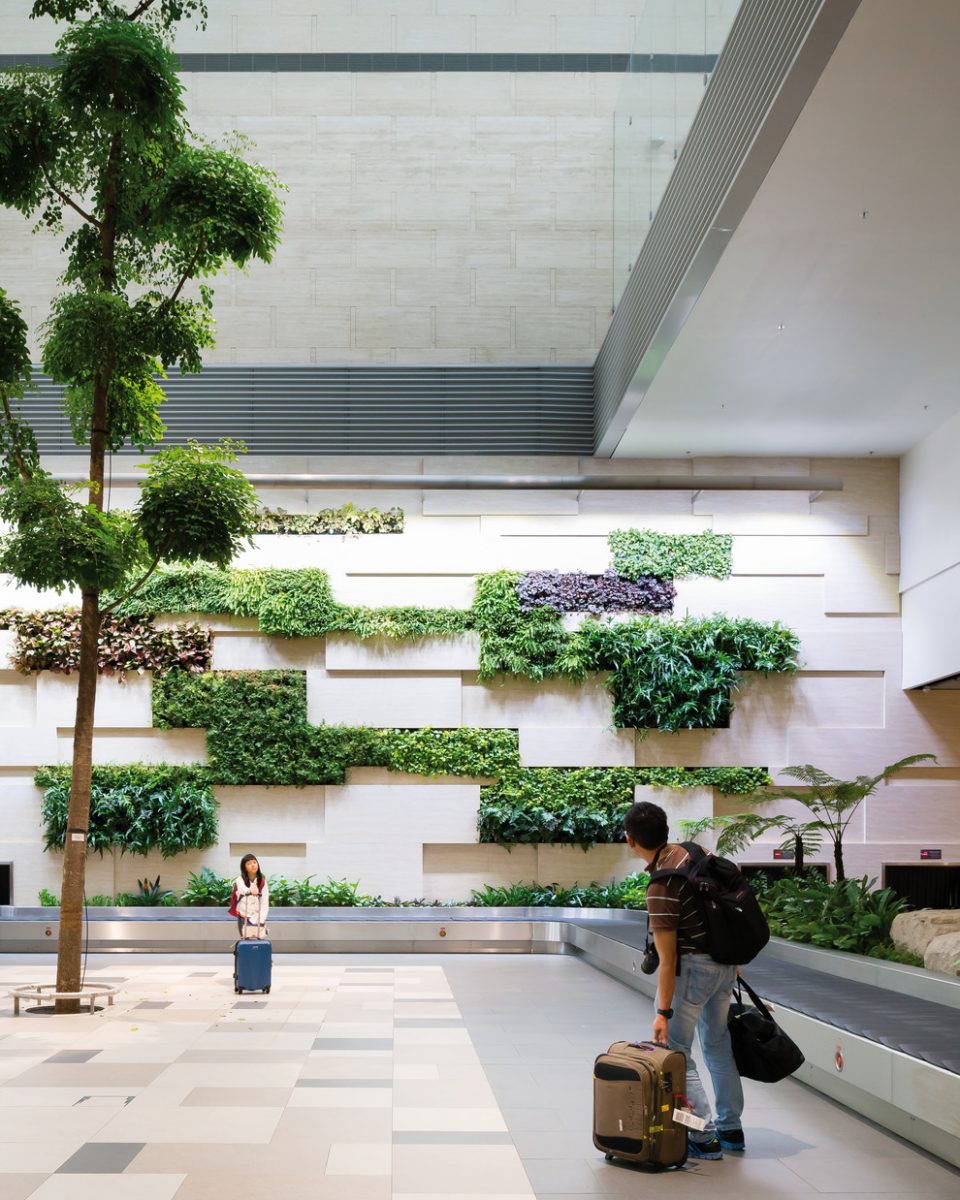 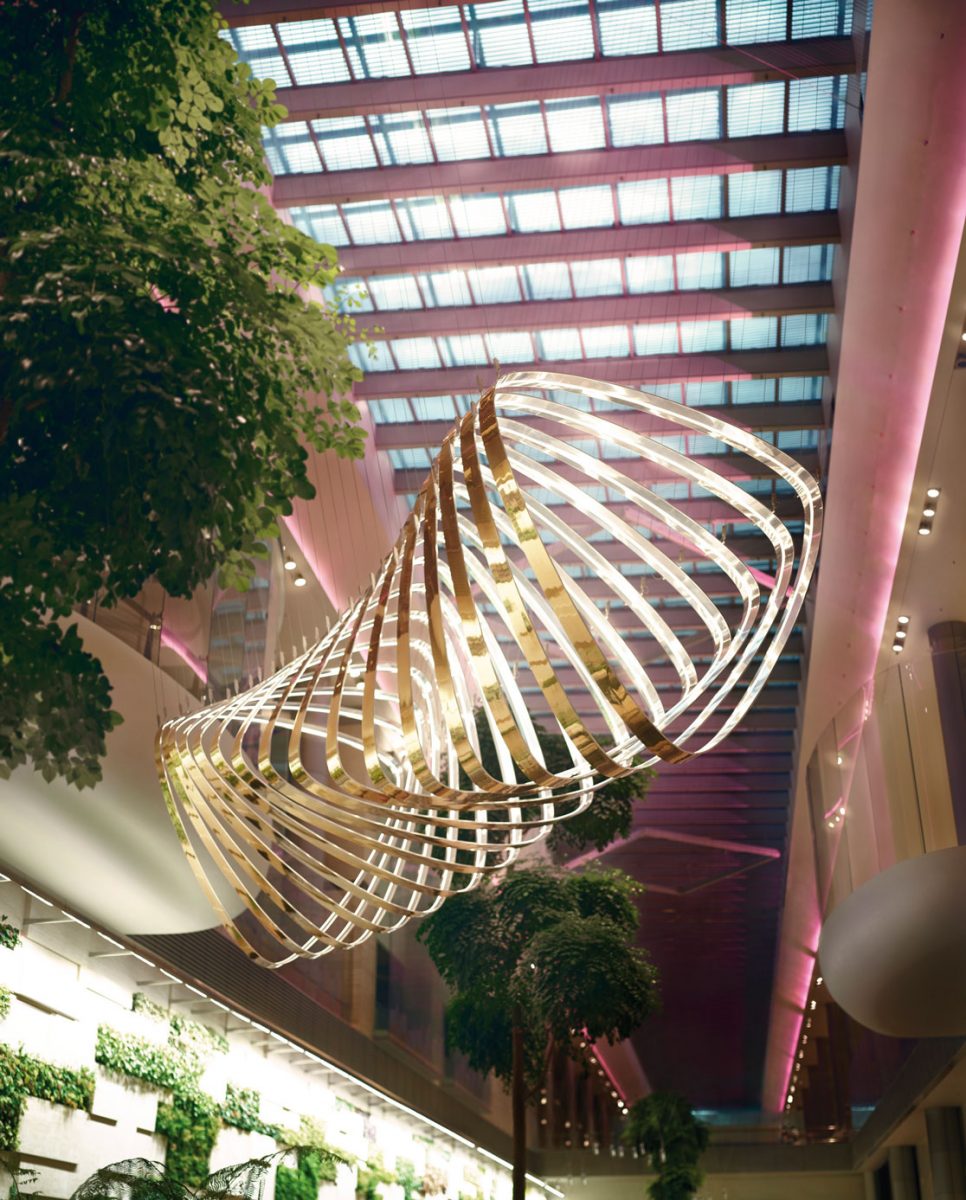