In the bustling city centre of Ningbo, north of the Old Bund, lies the Deji Lane Historical and Cultural District. Nearly 100 years-old, this hidden neighbourhood is one of the larger complexes of historical buildings within Ningbo. Shikumen, which are uniquely Chinese architectural complexes, originate from NingboˇŻs unique port culture in the modern period, and throughout Deji Lane this building style remains intact. Benoy was appointed to develop a design programme for this area in order to preserve, restore and add commercial value to these traditional buildings.

The bluestone roads leading to the quiet alleyways of Deji Lane are flanked by white, water-stained walls and Guanyindou gables ¨C architectural features that have witnessed a century of change across the Ningbo Wharf. This is the Deji Lane Historical and Cultural District. After Ningbo opened up as a commercial port, Deji Lane, with its excellent geographical location, was an ideal place for wealthy merchants to build their residences. But with the passage of time and ensuing development, Deji LaneˇŻs streets have become emptier and lonelier.

The unique port culture of Ningbo gave rise to the fusion and collision of Chinese and Western cultures, resulting in NingboˇŻs Shikumen architecture, an important residential style in modern China. Thanks to its special historical status, Deji LaneˇŻs unique architecture has survived to become a ?ˇ®living fossilˇŻ.

The site is home to historical buildings from different periods ranging from the late Qing Dynasty to the Republic of China. It includes more than 40 heritage buildings in varying degrees of preservation, as well as a few historical streets. New architectural planning is required to inject vitality into the area, while also preserving and restoring the districtˇŻs historical elements. For this programme, a balance and connection between commercial demands and historical interests must be found to resolve their multiple contradictions.

BenoyˇŻs design programme aims to provide the district with commercial functionalities and increase its popularity through comprehensive preservation and new construction efforts. The ultimate goal is to invigorate this historical and cultural treasure and restore it to its former glory. During the restoration and preservation process, certain historical buildings have been allocated specific functions to reflect their unique characteristics and promote local heritage, in accordance with the relevant laws and regulations. Buildings with cultural and living functions, such as museums, cultural mansions and community hubs, are dotted across the site, highlighting the richness of the local history and the professionalism of the commercial planning. In addition, the programme offers new possibilities for future historical renewal projects, seeking a balance between old and new, culture and commerce, and tradition and innovation.

Due to restrictions on the preservation of buildings, the commercial traffic routes within the programme must not impact the existing buildings or historical streets. They must also follow a clear and appropriate logic.

The design defines street spaces with different attributes by managing the scale of streets at different levels. The 12m-wide main commercial corridor, the 6m-wide commercial streets, and the original 4m-wide streets and alleyways maximise the potential for historical preservation, while simultaneously satisfying the demand for commercial space.

Public squares have been set up at key points to make the flow of commercial foot traffic more orderly and enjoyable. The central square at the centre of the site is the spiritual core of the project and will serve as the main venue for future festivities.

Entrance squares are set up at different ends of the site to create an open and friendly atmosphere. In addition, historical changes to the site are documented via accessorial architecture, and have been enriched with cultural connotations. The sky corridor on the second floor is inspired by the flow of the Yongjiang River and is used to connect a series of commercial foot traffic routes at that level. Walking along the corridor and riverside park, people can overlook and enjoy the river and its surrounding scenery.

The design of the new building follows a design concept which seeks harmony through diversity to facilitate co-existence for old buildings. The design aims to refine the shape and structure of old buildings, Shikumen elements, Meiyuan redstone wall boundary markers, Guanyindou gables and so forth in a modern architectural language that complies with functional commercial requirements. In addition, based on the condition of the traditional buildings, and in accordance with relevant laws and regulations, the programme aims to rejuvenate traditional buildings through new commercial planning, with a view to restoring and renovating indoor spaces. The traditional and new buildings will blend together by incorporating old elements in the new and new elements in the old, thereby facilitating a harmonious and symbiotic co-existence.

As urban modernisation advances, more and more traditional buildings are disappearing in its wake. The design process of the Deji Lane project helps us reconsider the relationship between history and city, and the relationship between the past and the future. Commercialisation in modern society poses a great challenge to the survival of historical buildings. However, by changing our ways of thinking, this may present an opportunity to rejuvenate traditional buildings. As yet another active exploration of BenoyˇŻs numerous old city reconstruction practises, the Deji Lane Historical District project is also a gift from Benoy to Ningbo. 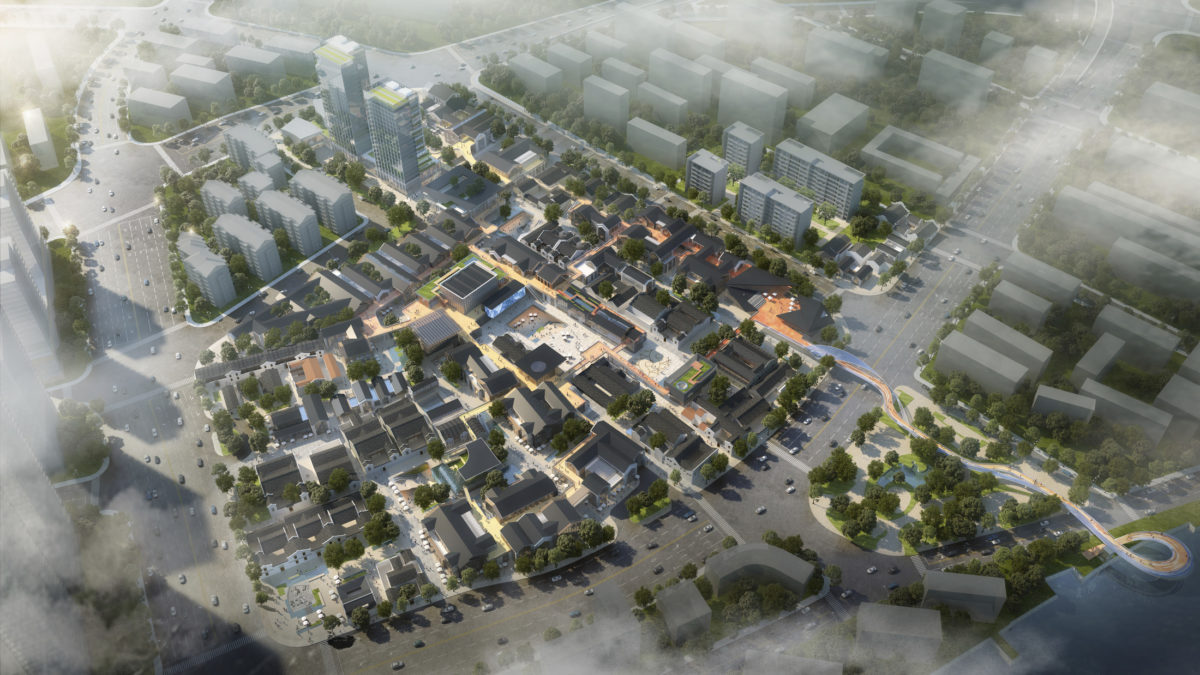 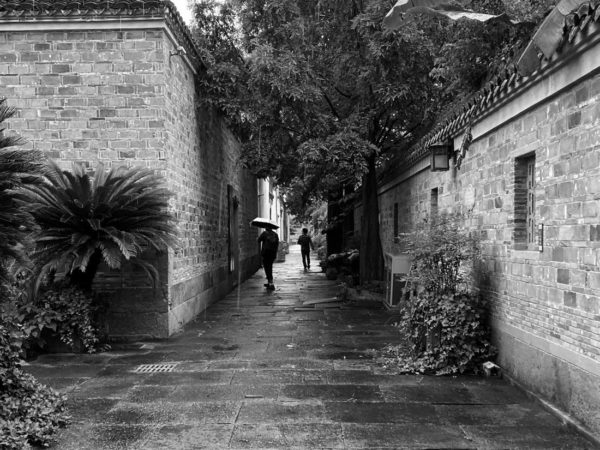 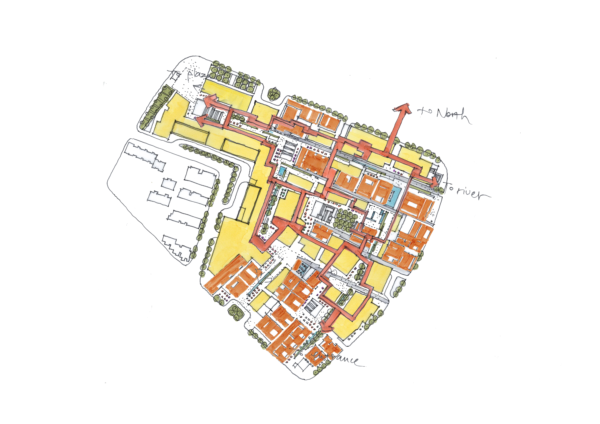 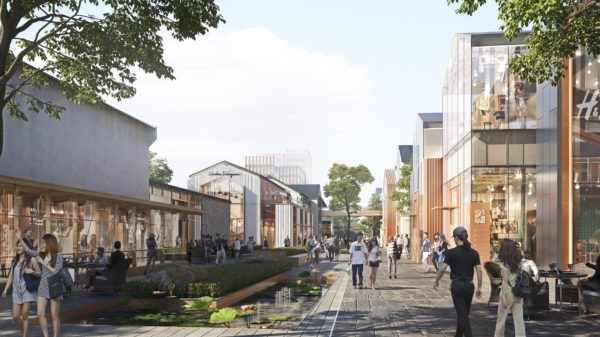 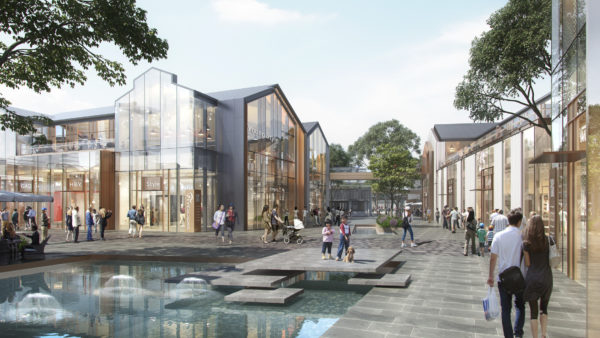 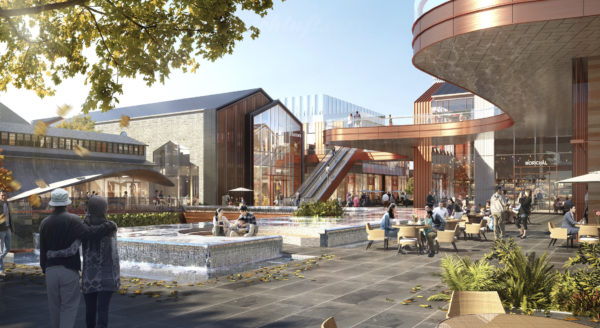 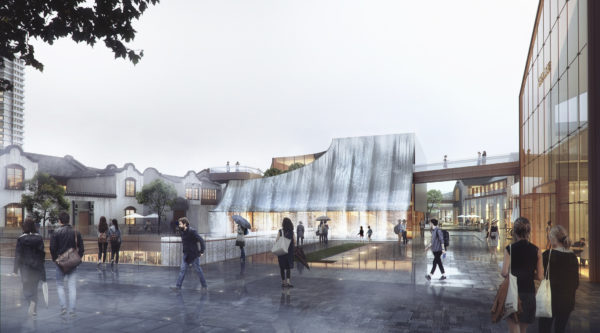 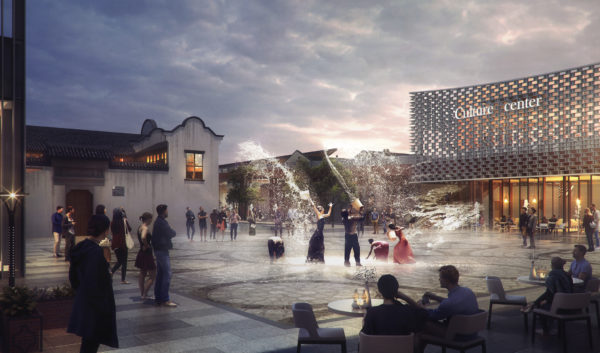 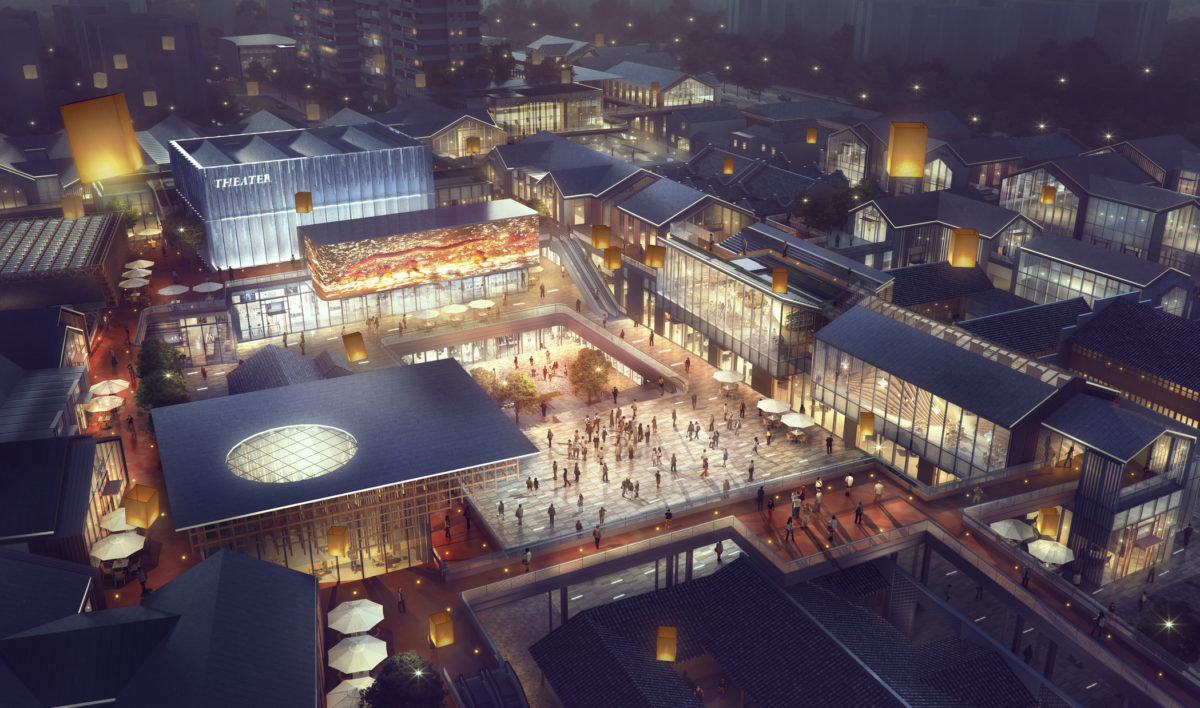 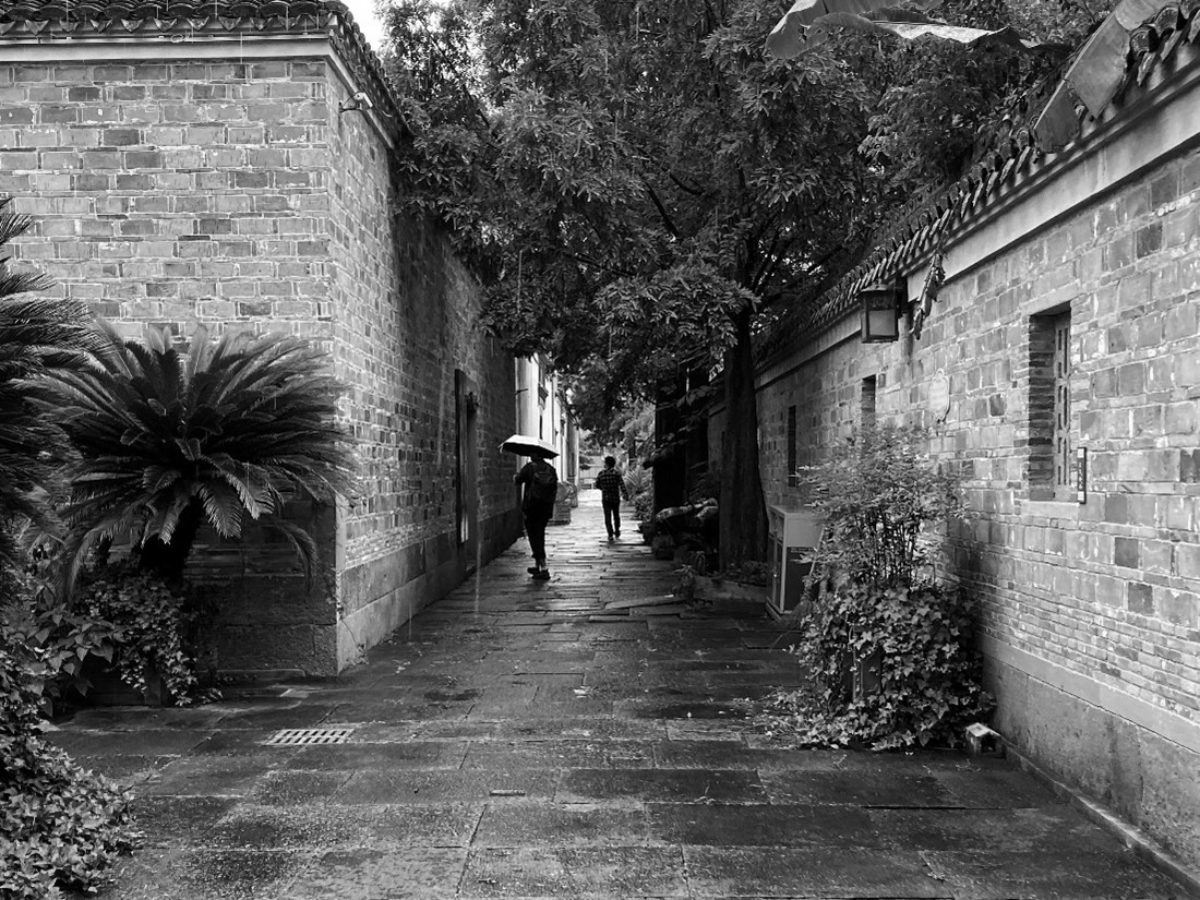 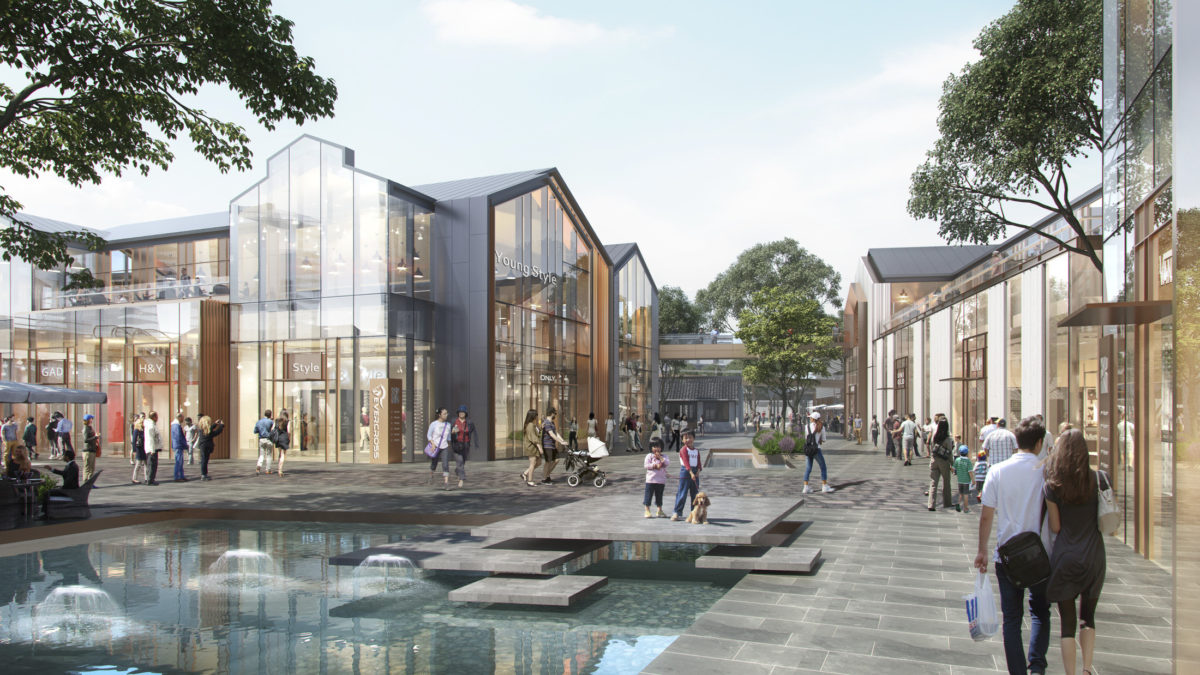 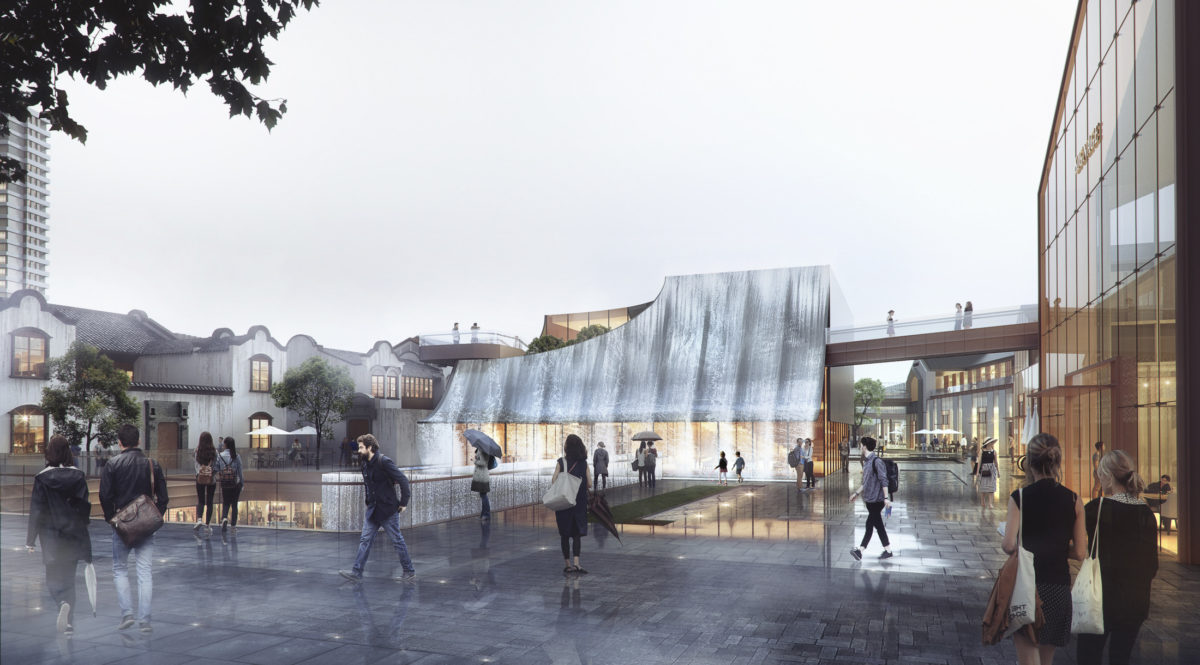 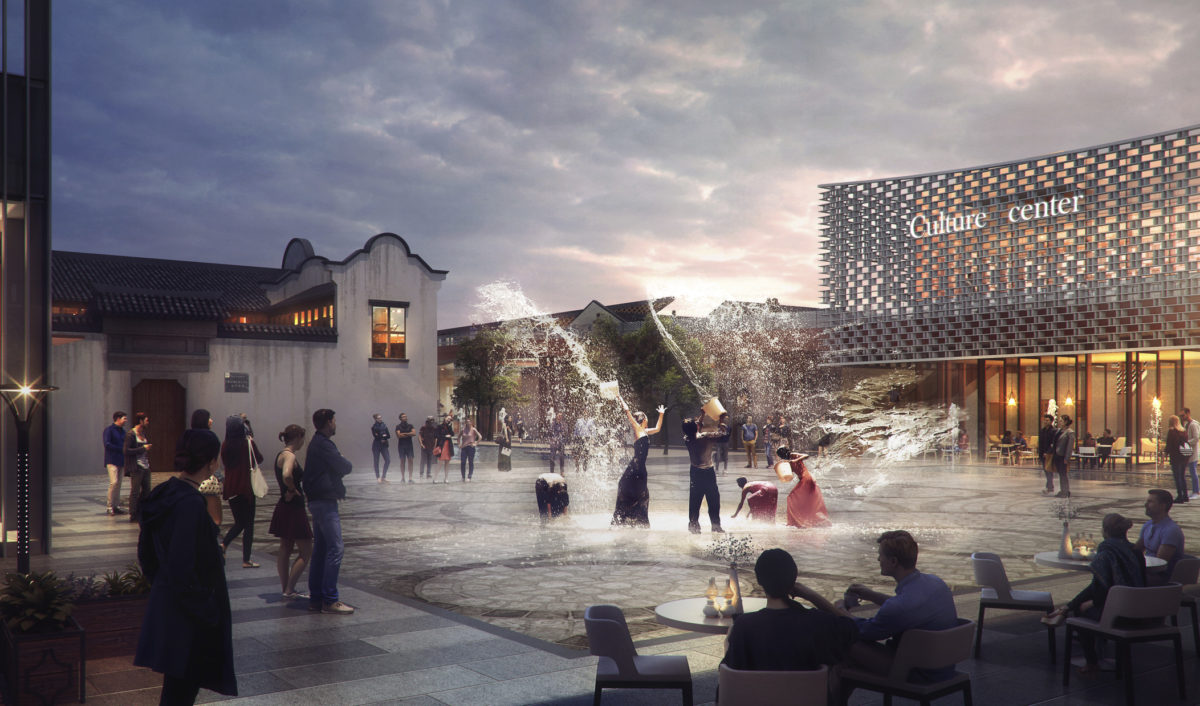